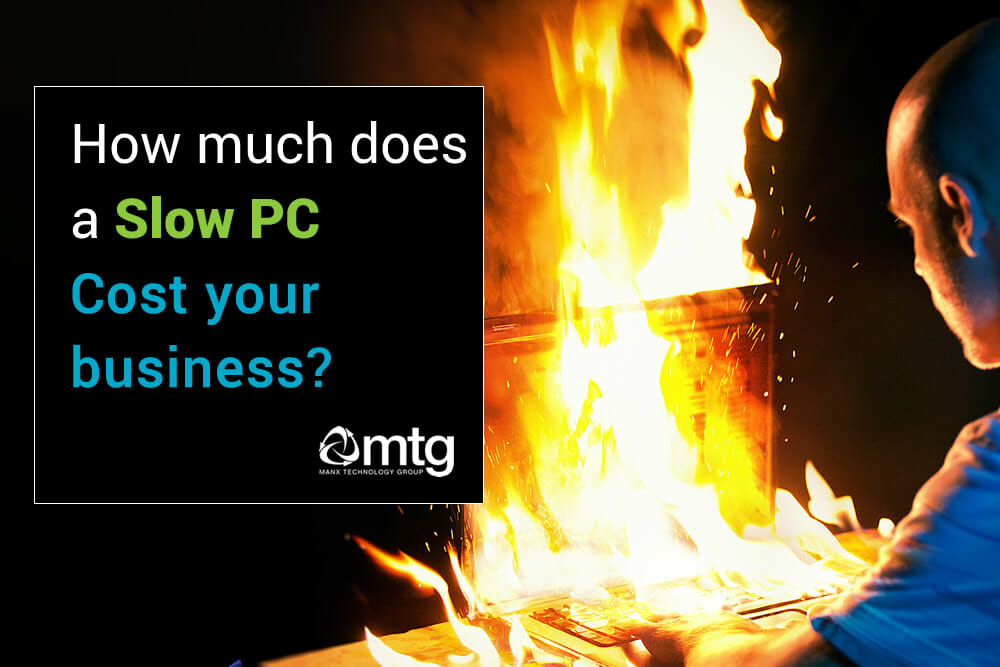 Many of your staff members have become accustomed to statements such as “it is running slow today” or “oh, it always does that“. These statements are typically in reaction to switching their PC on in the morning, applications loading or opening large spreadsheets. There can be many reasons for this slow down; a lack of pro-active Windows maintenance, no systems optimisation, internet bottlenecks, server issues or as we find more often than not – outdated computer systems.

The average PC user in the UK can spend 130 hours each year waiting for their computer to load! 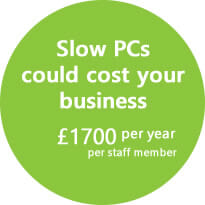 Desktop computer hardware is increasingly more reliable; Fujitsu, Dell and HP systems can easily operate for 5 years. The demands on a modern IT system are increasing, Windows 10, Office 365 and key line of business applications put greater demands on your computer systems, taxing the storage, CPU and memory.

The inability for your ageing system to keep up will result in a noticeable slowdown to the end-users. Excel takes an age to open a large spreadsheet, export routines from Sage freeze, opening multiple tabs in Chrome causes the hard disk to grind – all symptoms of underperformance.

There have been several studies that attempt to quantify the impact of poor IT performance and slow PCs on the bottom-line.  Sandisk estimated that the average PC user in the UK can spend 130 hours each year waiting for their computer to load! Taking those figures with a pinch of salt and using a figure of 50 hours per year, that is still a significant amount of “Digital Downtime”. Ignoring the computer load times, other reports state that productivity can be impacted by up to 5 minutes per hour due to computer hangs, pauses or delays.

So what is the cost?

Quantifying the commercial impact is a straight forward exercise.

There are many variations of the above; the amount of time it takes to boot a PC in the morning, the time needed to call your IT support company or paying a third party to troubleshoot an issue. As the saying goes, good money after bad.

The costs may increase as you take into account your supervisors, managers or directors. As they say – time is money! If you imagine six workstations dating back to 2009, that could be costing you £10k per year – yet these could be replaced for £2-£3k.

What about the operating system?

Putting aside the issue of hardware for one minute, you also have to consider the operating system.

Invariably older PCs still have old versions of Windows installed. This may include Windows 8, Windows 7 and Windows XP (but hopefully not!). Windows 10 is the latest flagship OS and whilst this delivers many improvements, simply put – the experience will not be great on pre-2015 hardware.

What is the solution?

There are a few options.

Rid your business of Digital Downtime and the costs associated with slow PC hardware. Speak to MTG about auditing your existing IT environment, identifying sources of slowdown and making pragmatic recommendations for improvement.

How we can help?

IT as a Service

IT-as-a-Service (ITaaS) is an IT delivery model offered by MTG that provides end-user compute and IT services as an operational expense (opex). By charging a fixed monthly fee, our customers get a high performance IT environment, delivered using traditional desktops, modern cloud services or a combination of the two (hybrid).

ITaaS offers a predictable monthly fee and our IT support service ensures the desktop, server and cloud environments are always optimised – delivering consistently high levels of performance, eliminating any trace of “Digital Downtime”