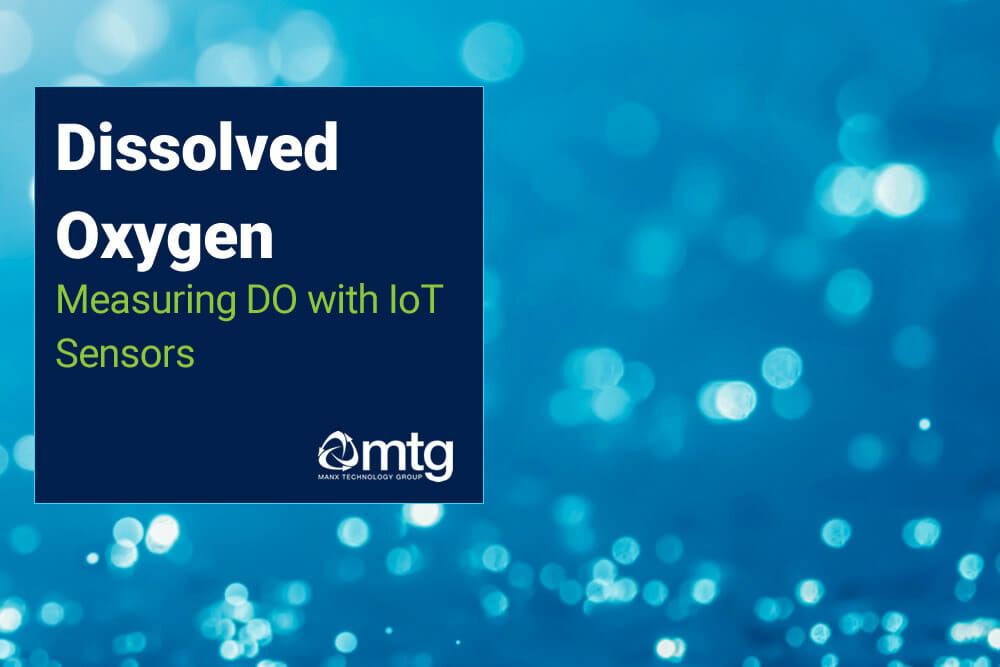 Dissolved Oxygen (DO) is perhaps one of the most critical indicators of water quality. IoT (Internet of Things) dissolved oxygen sensors are used to accurately measure the oxygen content in water and transmit the results in real-time back to a central database, cloud or water monitoring platform.

Dissolved oxygen refers to the level of free oxygen present in the body of water; oxygen is vital for the survival of fish and other aquatic lifeforms. The ability to automatically and accurately measure DO in a body of water using IoT equipment offers several advantages over traditional methods.

How does oxygen get into the water?

Oxygen can enter a water system in several ways, but these methods are generally categorised as surface-aeration and sub-surface aeration.

What is the right level of Dissolved Oxygen?

Local authorities, environment agencies and utilities all have a responsibility to measure DO levels regularly. Fishing pond operators and fish farms are similarly interested in maintaining healthy levels of dissolved oxygen.

DEFRA has a document that outlines that Fundamental Intermittent standards for dissolved oxygen in rivers. The DEFRA levels are illustrated in the image to the right.

How to measure dissolved oxygen in water?

Several different sensor types can be used to measure dissolved oxygen in water. Sensors are typically classified as electrochemical or optical; these can be further classified into polarographic, pulsed polarographic and galvanic. The typical sensor types are listed below:

The Libelium Plug & Sense Smart Water and Smart Water Xtreme support two types of IoT sensors that can be used to measure dissolved oxygen in the water.

The OPTOD probe can measure DO in the range 0-20mg/L to a resolution of 0.01, with an accuracy of ±0.1 mg/L or ±1%. The sensor can be cross-sensitive to the presence of organic solvents such as acetone, chloroform or chlorine gas. Temperature is measured in the range of 0-50°C. The sensor includes a 15m cable and is IP68 rated.

Is there anything else I need to consider when measuring Dissolved Oxygen (DO) with IoT?

To read more about the influence of temperature and pressure on Dissolved Oxygen (DO) measures, please read the following articles:

How much does a Dissolved Oxygen Sensor cost?

For a complete IoT node that measures oxygen in water (DO), Atmospheric pressure and Temperature, the cost can range from £1,200 to £3,000 – depending on the type of sensor and sensor body. i.e. Titanium OPTOD sensors are more expensive than plastic galvanic DO sensors. Another consideration is power (i.e. battery and solar) and communications (i.e. 4G, LoRaWAN, Zigbee).

Manx Technology Group has worked on numerous IoT projects involving aquaculture, local government, academia/research and utilities. Libelium Plug & Sense Smart Water and Smart Water Xtreme can measure a range of values associated with water health, before transmitting the data back for visualisation and analysis on platforms such as Microsoft Azure, PowerBI, Tableau and your own database/application servers.

Also, look what else you can monitor with IoT.

If you would like to learn more about our products and services, request pricing, or discuss a project requirement - you can MTG using the details below. Alternatively, you can e-mail sales@mtg.im for more information.